In the summer of 2010, I was at Datev Monastery volunteering with Armenian Tree Project (ATP) as a landscape architect. We were working on the planting design for the world’s longest aerial tramway, “Wings of Datev.” I remember the excitement I felt at the chance to be able to contribute to the design of such a gargantuan project that was being eagerly implemented by people from all over the world. But many people had concerns as well; among other things, they complained that the project did not have a master plan, that it did not address the surrounding environment properly, that the developers would eventually build a resort on top of Devil’s Bridge, that the tramway should have been located in a less visually intrusive area. People were passionate about this project, and their points were all valid; it was at this point that I asked myself how we as a people would address such concerns. This question has lingered in my mind ever since.

ATP completed the project a few months later and I, a volunteer, had created a planting design that included over 3,000 trees. Needless to say, I was ecstatic that I had not only spent my time in Armenia living with our environment, people and culture, but also that I had contributed to its development. I got back to Los Angeles and wanted to share my experience with the Armenian community; I wanted everyone to know what I had accomplished by simply trying. I went to Armenia with no expectations and ended up planting 3,000 seeds of change with my own hands. And I was not alone. There were people educating children, empowering women, conserving the environment — working to preserve and better Armenia in every sector imaginable.

I came back in the fall of 2010 and have spent the last year convincing anyone and everyone I meet to go to Armenia and volunteer. I have told them that Armenia needs them as much as they need Armenia. I have told them to visit, learn, teach, and answer for themselves all the questions they have about Armenia. In the summer of 2011, I returned to Armenia as a Youth Corps director. My goal was to show my group an Armenia beyond the nightlife and tourism of Yerevan; I wanted them to see that this was their home that they needed to care for throughout their lives. END_OF_DOCUMENT_TOKEN_TO_BE_REPLACED

I learned about Birthright Armenia as my holidays in Yerevan were coming to an end  in August 2011. I didn’t want to go back home because I wasn’t getting the feeling that you do when you are ready to go back home from an extended holiday. I had always wished to live in Armenia – to see the fall and winter and the snow-capped mountains.

My family moved to Moscow in the 90’s, when I was four years old, and since then I had only returned once, in 2006.

It was a hot August day when I learned about the Birthright Armenia program from a friend of mine. After a week of contemplation, I applied. The problem was that in the middle of September 2011, I had an appointment for a final interview with a big company in Moscow (with which I had already had several interviews and tests). So I did end up going to Moscow for the interview, because it made sense to me at the time. When it came time to leave and I bid my relatives a farewell, I packed my things into a suitcase, and just three hours before the flight I decided to return the tickets and turn down the interview in Moscow. Looking back now, I realize that, yes, it was crazy decision, but I don’t regret it for one second.

Volunteering in Armenia gave me a unique experience and allowed me to meet many interesting people that were from different parts of the world. There was the Birthright Armenia staff, my colleagues, volunteers from USA, Canada, France, Germany, Argentina etc. – and everyone with their own special personality and experiences. Together, we witnessed, experienced, and understood how Armenia really is different, special, and most of all, ours. END_OF_DOCUMENT_TOKEN_TO_BE_REPLACED

I finally got to see Armenia! Our country of origin, the country that history hasn’t been abundant or generous to, the country I have always been hearing about and got to experience on my 27th year of my life.

It was nothing to what I imagined. Yes, the ‘scars’ of a brutal history and the struggle to get through everyday life were obvious as well as the influence from the not so far Soviet Union times. But there is a group of optimistic and full of hope people that believe in Armenia and its new generation.

I joined Reanimania, the International Animation Film Festival of Yerevan, as a volunteer on its second year. Although it was something different to my working experience I enjoyed working on a challenging project and cooperating with young, bright and creative Armenians. Not speaking Armenian was difficult but wasn’t an obstacle as I found ways of communicating with my colleagues somehow! END_OF_DOCUMENT_TOKEN_TO_BE_REPLACED

As I am writing this blog, it has been exactly 3 months and 1 day since I left Yerevan. I left with no proper goodbyes and no last walk down the streets of my beloved city. Since somehow I Knew I would soon be back to the same Hanrapetuyan Street. Emotions are building up, memories are revisited every time I go through my agenda, phone book, concert and museum tickets, postcards and most of all pictures- pictures of places, people and moments.

I arrived in Yerevan on a cold March day and for a moment I thought “what would I really do here for the coming months?”. Yet, 3 months were not enough. 3 months were only the beginning of feeling comfortable to where I truly belong.  Now only 3 months later, I feel the urge to express my impending longing to be back home. Yerevan, for me now is home. I have never felt home before; being born in Syria, growing up most of my adulthood  in Montreal and lately living in Toronto made me feel like I was always “homeless”. Now I came to the realization that it is not where you are born, nor where you actually live that makes you call somewhere home. I now understand, home is where you feel comfortable, where you feel like you belong. I belong in Armenia! END_OF_DOCUMENT_TOKEN_TO_BE_REPLACED

Before I left for Armenia, I was subjected to constant questions from friends and family asking me if I was really ready to spend nine weeks in Armenia.  I began to wonder if I would have been asked all these questions if I decided to spend nine weeks in Italy or Spain instead, the questions seemed oddly Armenia specific, as if they couldn’t fathom the idea of staying there past the traditional two-weeks…

This was my third visit to Armenia.  I felt it safe to say that I wanted to see more then just the tourist-friendly sites that left you with that easy, superficial, optimistic opinion that when you left, everything is still alright.  My goal for that nine weeks was to get some insight past the relatively shallow one I already had and to see if I could actually live in this land.  This time in Gyumri allowed a glimpse into the lives of a people living in what is the largest city in Armenia, second only to Yerevan, but with a standard of living, attitude and way of life that is completely different to that of the capital city. END_OF_DOCUMENT_TOKEN_TO_BE_REPLACED 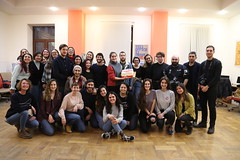 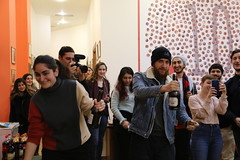 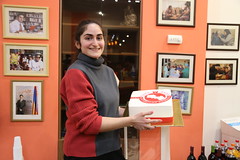